Lilium (members of which are true lilies) is a genus of herbaceous flowering plants growing from bulbs, all with large prominent flowers. Lilies are a group of flowering plants which are important in culture and literature in much of the world. Most species are native to the temperate northern hemisphere, though their range extends into the northern subtropics. The flowers are large, often fragrant, and come in a wide range of colors including whites, yellows, oranges, pinks, reds and purples. Markings include spots and brush strokes. The plants are late spring- or summer-flowering.

Lilies are planted in the fall with such a margin of time so that before the frost begins, their root system has time to develop and get stronger, then the sprouts that appear in the spring will withstand the spring frosts without any problems.

Various varieties of lilies from the Baltus Bloembollen company, which can be bought in the Luvamaa online store, will delight you with abundant flowering already in the coming summer! 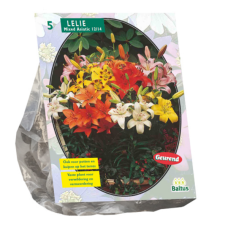 Initially, this species of lily is genetically adapted to harsh wintering conditions and hot s.. 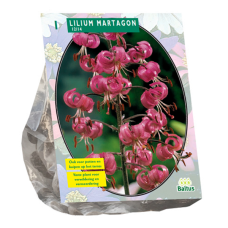 Lilium Martagon per 1. SOLD OUT!

Lilium Martagon per 1Turkish lily, the flowers resemble a turban with a delicious cinnamon-like scen.. 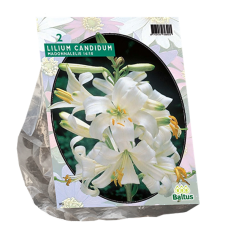 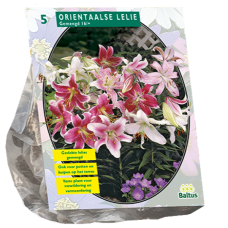 Oriental hybrids of lilies are perhaps the most beautiful and exquisite representatives of lil.. 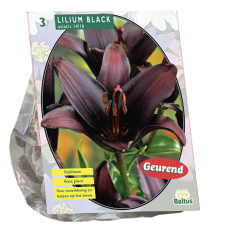 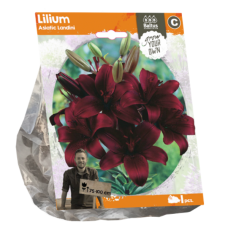 Lily ‘Landini’ is a unique Asian beauty, one of the darkest lilies with a large flower!Landini's flo.. 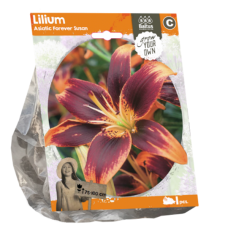 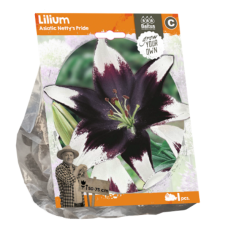 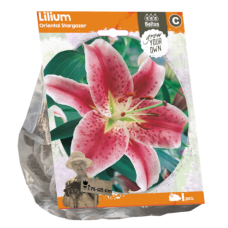 Stargazer' is a variety that has existed since 1974, but its popularity among gardeners around..

Showing 1 to 9 of 9 (1 Pages)
This site uses cookies to provide you with better expirience.
By continuing to browse the site you are agreeing to our use of cookies. Read more