Commonly known as hellebores, the Eurasian genus Helleborus consists of approximately 20 species of herbaceous or evergreen perennial flowering plants in the family Ranunculaceae, within which it gave its name to the tribe of Helleboreae. Despite names such as "winter rose","Christmas rose" and "Lenten rose", hellebores are not closely related to the rose family (Rosaceae).Many hellebore species are poisonous.

Hellebores are widely grown in  gardens for decorative purposes. They are particularly valued by gardeners for their winter and early spring flowering period; the plants are surprisingly frost-resistant and many are evergreen.

The so-called Christmas rose (H. niger), a traditional cottage garden favourite, bears its pure white flowers (which often age to pink) in the depths of winter; large-flowered cultivars are available, as are pink-flowered and double-flowered selections.

The most popular hellebores for garden use are H. orientalis and its colourful hybrids, H. × hybridus (Lenten rose). In the northern hemisphere, they flower in early spring, around the period of Lent, and are often known as Lenten hellebores, oriental hellebores, or Lenten roses. They are excellent for bringing early colour to shady herbaceous borders and areas between deciduous shrubs and under trees. 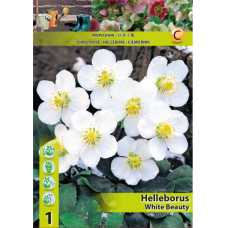 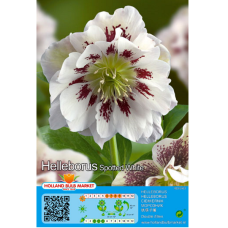 Showing 1 to 2 of 2 (1 Pages)
This site uses cookies to provide you with better expirience.
By continuing to browse the site you are agreeing to our use of cookies. Read more